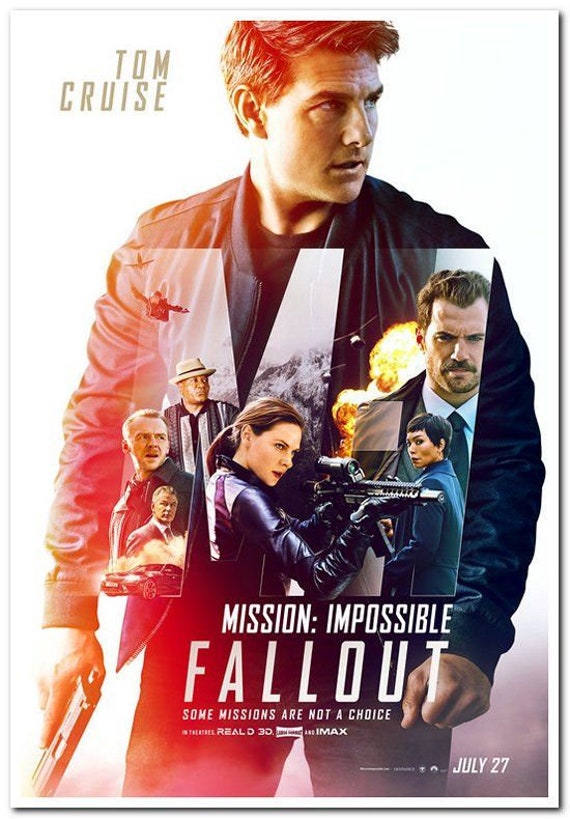 Ethan Hunt and the IMF team join forces with CIA assassin August Walker to prevent a disaster of epic proportions. Arms dealer John Lark and a group of terrorists known as the Apostles plan to use three plutonium cores for a simultaneous nuclear attack on the Vatican, Jerusalem and Mecca, Saudi Arabia. When the weapons go missing, Ethan and his crew find themselves in a desperate race against time to prevent them from falling into the wrong hands. – Paramount Pictures

Mission: Impossible – Fallout is the sixth installment in the Mission Impossible franchise but is the first one to be directed by the same director as the previous one. Fallout brings Christopher McQuarrie back as writer and director. It’s rare for a film to get this far in the franchise and continue to get better and better but MI does it and that’s partly due to McQuarrie and the rest is probably Tom Cruise and his crazy stunts.

Before we dive in to this elegantly written and directed, action masterpiece let’s get the elephant out of the room. Absolutely. That mustache is easily one of the most glorious things to ever grace the screen. Worth every penny. Now how about the guy attached to the mustache, Henry Cavill. He thrives in this movie and in the role. Look at him, he should be an action star and he has the acting chops to do it but Warner Brothers/DC keeps shafting him. Cavill plays Agent Walker, a CIA assassin and all around badass, he is a cocky, arrogant douche and I loved every minute he was on screen. Even playing a huge dick, Cavill has a certain charm about him that is hard not to like. Cavill and his mustache were a very welcome addition to Fallout. I just hope that his performance in this film further substantiates that he is in fact a good actor and it is the writing in the DC movies that is Superman’s greatest weakness not kryptonite.

I’m going to brief on the rest of actors/characters, if you’ve seen the previous installments you know what to expect. Just a couple accolades I’d like to throw out there. Alec Baldwin is easily my favorite head of the IMF, I might be wrong but I think he is the first leader to make it to two movies. Benji is finally getting more field time and it’s well deserved. Ving Rhames still has no idea how to wear a hat straight and I love it. Rebecca Ferguson continues to kill it and look beautiful doing it. Solomon Lane is 100% Ethan Hunt’s arch-nemesis, he is the perfect foil to Ethan Hunt. Ethan could be Lane if his values were a skewed. One last thing and then on to our fallible hero, Vanessa Kirby’s White Widow is one of the most beautiful women I’ve ever seen, if anyone knows her, hook me up.

This is a Mission: Impossible film, it is a spy, espionage type action thriller, there’s twist and turns and a million plot misdirects. The script is smart and thrilling but the stunts and action are half the reason why we see these movies. The script is strong and from what I can tell free from inconsistencies, it’s even able to tie all 5 previous films together nicely. Mission: Impossible is very much an action film but it isn’t one of those movies you need to turn your brain off to enjoy, though even if you were completely lost in the plot, the action and stunts would be enough to entertain. This movie starts at 100mph and only gets faster.

Some are calling this the best action movie ever. I’m not entirely sure it’s the best but it is certainly one of the best. Fallout legitimately has everything you could ask for in an action movie and more. Please find a list below of everything it contains:

As you can see you’ll find just about everything in Mission: Impossible – Fallout.

Great acting, a great plot, and, great characters but that would all be moot if it weren’t for McQuarrie and his directing. The man has an eye for action. Now I am far from a director but I feel as though directing action specifically high-speed chases isn’t very easy but McQuarrie makes it look easy. I’m a sucker for a good motorcycle chase and Fallout has a 30-minute-long high stakes, high speed chase and I felt as though I was involved just watching it. I couldn’t look away and it is like that with all the action scenes. There’s a great fight in a bathroom and there’s a really cool halo jump scene. All directed so elegantly and genuine that you think it all really happened, and that’s probably because Tom does most of his own stunt work. But seriously this is a gorgeous looking movie. Thank you cinematographer Rob Hardy, who helped take the visuals to new heights. And kudos to McQuarrie, the guy just gets action.

Mission: Impossible – Fallout is the ultimate summer blockbuster that needs to be seen on the biggest screen possible. Also, the trailer may be my favorite trailer of the year, Friction by Imagine Dragons is such a kick-ass song.

I give Mission: Impossible – Fallout a 10 out of 10, will watch again.